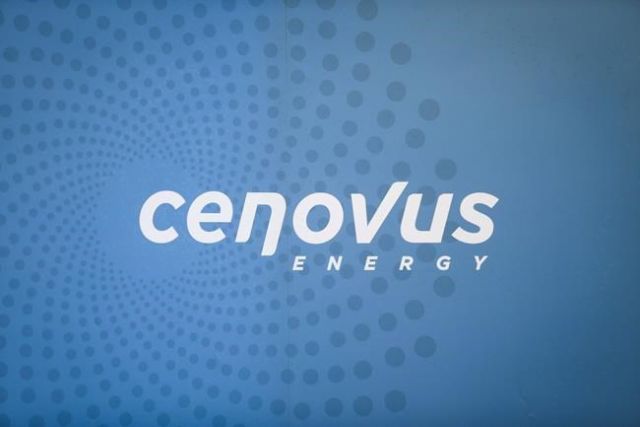 The Cenovus Energy logo design is seen at the company’s headquarters in Calgary.

Cenovus Energy Inc. reported a profit of $110 million in its very first quarter compared to a loss a year ago as it took advantage of improved rates for western Canadian oil.

The business says the enhancement in costs for western Canadian oil due to the Alberta federal government’s curtailment program more than balance out the effect of lowered production and increased operating expense throughout the first quarter.

Cenovus says its revenue totaled up to nine cents per share for the three months ended March 31, compared with a loss of $654 million or 53 cents per share a year earlier.

Cenovus reported first-quarter oil sands production of 342,980 barrels each day, down 5 percent compared with a year back, while running costs increased to $9.06 per barrel compared with $8.78 a year back.

Production from the business’s Deep Basin possessions averaged 104,290 barrels of oil comparable each day, down 18 percent from a year ago due to the sale of its Pipestone service, lower capital expense, natural decreases and weather-related outages.